Streetsblog would like to thank The O’Sullivan Personal Injury Law Firm for supporting this series. Financial contributions do not influence our content. See our editorial policy. 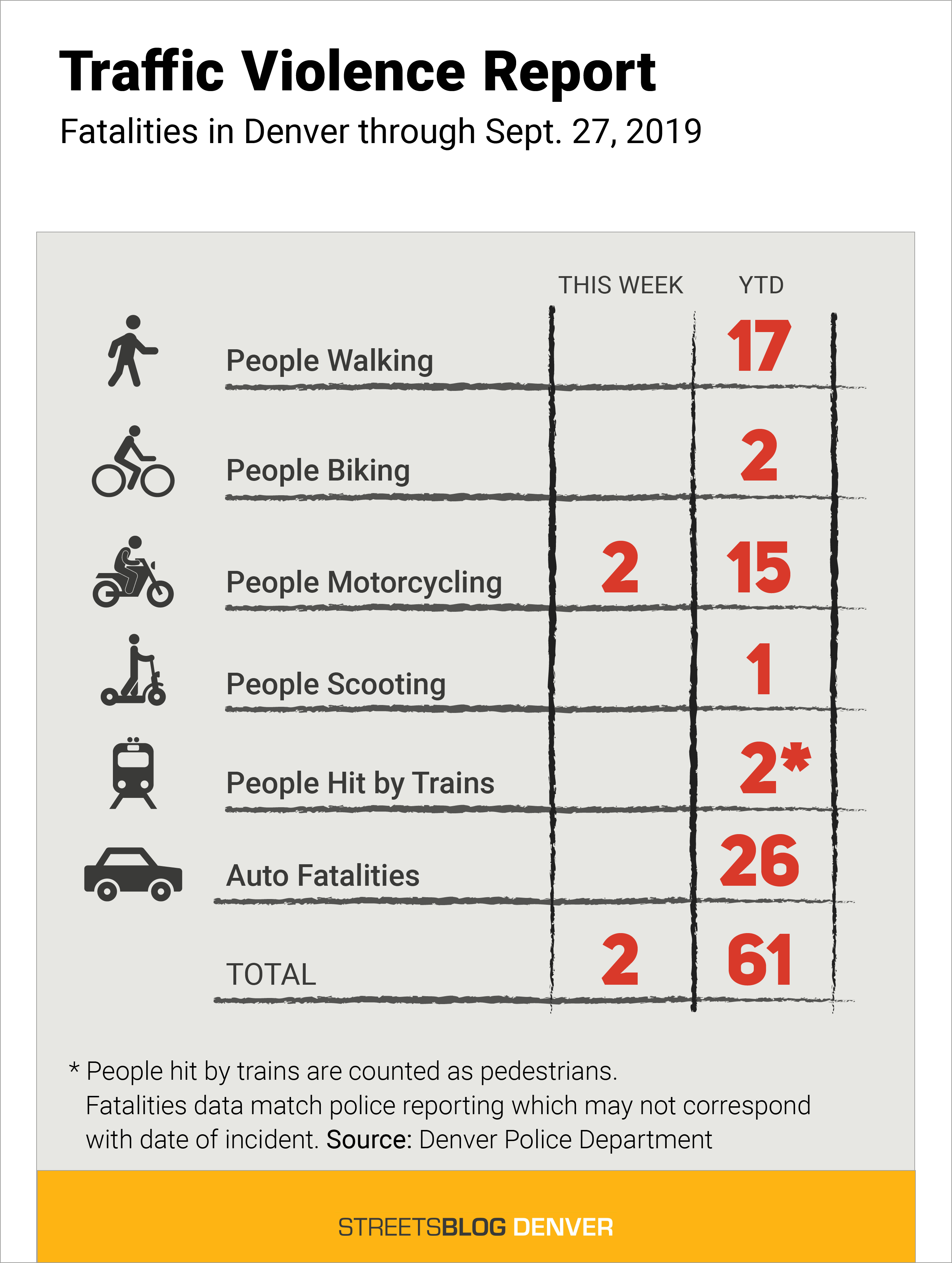 This week the Denver Police Department reported that drivers killed two motorcyclists. The total number of traffic deaths reached 60 so far this year, one less than the 62 killed on Denver streets in 2018.