This is the first of a series of interviews with four candidates for Denver mayor in the May 7, 2019 municipal election. Editor Andy Bosselman conducted and condensed each interview. Several members of the Streetsblog Denver board of directors advised Bosselman in choosing the candidates and the subject matter covered. Other interviews include:  and Dr. Lisa Calderón.

Sen. Penfield Tate III is an attorney who served in the Colorado Senate from 2000 to 2003. In 2003, he ran for Denver mayor in the election that elected Gov. John Hickenlooper to his first term as mayor.

Q: Briefly, what can you do for Denver voters that Mayor Hancock can’t?

A: It’s starting from a big picture perspective. Bring accessible, ethical and transparent government leadership to Denver, which so many people feel we don’t have now.

Neighborhood after neighborhood feels that they don’t have access to the mayor’s office, that no one talks to them, and when they scream no one listens. That’s sort of the whole thing around Denveright. (Hancock challengers Tate, Lisa Calderón and Jamie Giellis called for delaying approval of the city’s long-term planning process).

People wanted change at the top. They want new leadership. We will bring that.

A: You never know which roads are going to be open or closed because there’s never any warning. … If there is a way to either … to find someone to tailor an app for Denver, or if there’s a way to open source it and just put it out there and let the current providers [like Google Maps] have access to us — and then we drive what information we want them to have. Either way we need to get that service to people just to help facilitate movement around the city.

We need to explore the fact that on some of our streets we have lanes that are restricted for bus traffic only 24/7. Maybe it makes sense during some hours of the day to open those lanes up again to expedite getting people in and out of the city or around the city.

I’ve talked to cyclists as well as drivers who will tell you as they move from one part of the city to the other, it’s not real clear what the rules of engagement are. And that’s not a good sign. Moving forward … we’ve got to address that.

We have a large part of the city that doesn’t have sidewalks. … Now that more people are looking at other mobility options … you don’t want wheelchairs in the street, you need to have sidewalks for that.

Q: Tell me about the last time you took public transportation.

A: The last time I took public transit was the A-Line from Union Station to the airport. I don’t ride the bus regularly because it is not convenient with my schedule. And the transfer. And the time it takes to get from point A to point B.

Q: In your time as a state representative and state senator, do you have accomplishments related to pedestrian safety, bicycle infrastructure, or public transportation that you’re proud of?

Q: Will you continue Denver’s Vision Zero commitment to end all traffic fatalities and serious injuries by 2030?

A: Obviously, any effort to reduce traffic fatalities and pedestrian-vehicle fatalities is something we ought to look at and continue to support. I would take a look at its current goals, but more importantly, the goal is not the issue. It’s what specific, concrete steps are being taken to achieve the goal — and to see whether we’re on track or for falling behind. And if there are other optimal ways to get to that goal.

Typically, most of these things cost money. It’s a question of how much you want to prioritize it. I think people getting killed is a pretty high priority. So it’s something I’d look at really closely to encourage.

Q: You have called on the mayor to pause the Denveright planning process, which is being finalized now after three years of work. The city says 25,000 people participated in the process, but you say the public hasn’t been engaged enough. Tell me about that. And do you have specific ideas about how residents should be engaged?

A: I, and others, were amplifying the voices we’ve heard. … The [Denveright] plan started as a top-down proposal. Folks in City Hall and consultants wrote it and then put it on the table and said, “Hey you react to it.”

When someone walks in with a preordained solution, they’re not really looking for feedback. They’re looking for validation of their point of view.

Q: Do you have specific ideas on how to engage the public?

Q: The city has a goal of reducing single-occupancy vehicle trips from 73 percent to 50 percent in about a decade. To make that transition, billions needs to be invested in improving walking, biking and transit. You have said that funding needs to be raised from new sources. What are those sources and can they raise the billions needed to make a big impact on how people get around?

A: I don’t know if you can raise billions all on one swing. … We need to make sure the source is not regressive, sales [taxes] are often where people go, but that injures people on the lower income scales the most.

Part of it begins by taking a census to figure out how we want to reduce single occupancy trips, and what we think are the best approaches that give us the biggest bang for the buck. But price them out, scope them out, and set a budget. And figure out we fund it. We’ve got to start there, which I don’t think has been done in a comprehensive fashion to this point.

A: The current approach, of making driving downtown difficult or frustrating — eliminating parking — is not a way to get [to fewer single occupancy vehicle trips]. It’s a way to discourage people from coming downtown, and that’s not good for merchants and our cultural venues. That doesn’t make sense.

Q: Parking is known to cause “induced demand,” meaning that when ample parking is available, it encourages people to drive, even when good transit is available. On the flip side, several studies have shown that making parking more difficult increases transit use, biking and walking — which you say you support. But to make improvements to these mobility options, parking often needs to be removed. How would you reconcile your desire to have parking and the need to improve these other mobility options?

A: Compared to some other cities, we don’t have [a] robust and comprehensive transit system. I’ve heard people say that the fares with RTD are some of the most expensive in the country. … We don’t have the infrastructure that allows you to … catch a bus and get there within five minutes or 10 minutes … rather than 45 minutes after two transfers. That’s the transit system we have.

Q: If there is a citywide goal to reduce congestion, it will mean creating more bus priority lanes where cars are not allowed. It means taking up some of the road space for biking. And for pedestrian safety. It means narrowing streets so that traffic moves a bit slower. You say that the neighborhoods don’t feel listened to. But when they say they want less traffic, it comes down to balancing these competing interests on the street. People are going to kick and scream about losing parking and losing street space. At some point, isn’t it necessary to have some leadership, to push people, even if they don’t see the forest for the trees?

A: Leadership is absolutely necessary. We’re all interdependent, neighborhoods are interlocked. What happens in one impacts another. And that’s part of the hard conversations we have to have.

At the end of the day, once you have had the hard conversations, you need to talk about which direction you need to go. The point is, you have to include them all the way through that process. If these are the things you tell me … are important to you, I intend to be effective enough to explain to people that this is the path we need to go. These are things we have to do to get there, even though some of them are not very pleasant from a particular individual’s perspective.

Q: Are you familiar with the Bus Rapid Transit plan on Colfax?

Q: A lot of Americans aren’t really familiar with Bus Rapid Transit, It’s kind of a surface subway. It’s common in Latin America where it has been very successful. Is the wider expansion of BRT across Denver be something you’d be interested in?

A: Yeah I’d be interested in exploring it and looking at it.

Let me offer something. A couple neighborhoods have said to me, I don’t know if they’re right, but it’s just some of the feedback I got. They weren’t necessarily convinced of BRT on Colfax because their experience was: Riding the 15 on Colfax may be a unique experience, but it’s one of the most reliable and consistent bus lines in the city.

Q: So you’re not a supporter of it?

I think it’s something we ought to continue to explore and evaluate. I’m saying some neighborhoods I talked to raised the question whether that’s the best place to implement that sort of solution, versus working with RTD to modify how it serves the number 15.

Streetsblog Denver informs the movement for sustainable transportation and a livable city. Give $5 per month. 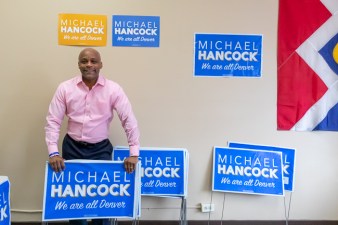 This is the last in a series of interviews with candidates for Denver mayor in the May 2019 municipal election. 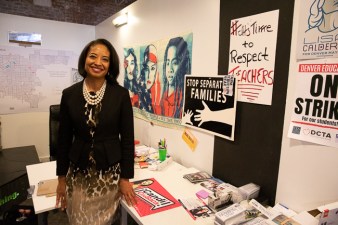 This is the third of a series of interviews with candidates for Denver mayor in the May 2019 municipal election. 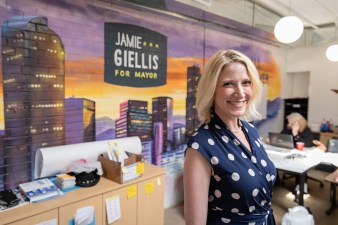 This is the second of a series of interviews with candidates for mayor in the May 2019 municipal election. 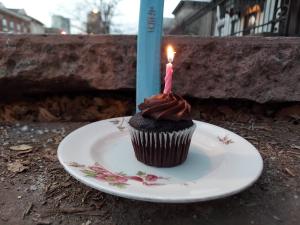 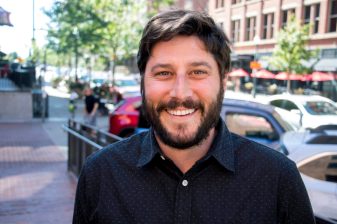 Since I founded Streetsblog Denver, the city’s media landscape has shifted, at least somewhat, to question automobile dominance and the general lack of good alternatives. Hell, one-time A-Line agitator Kyle Clark is now a hero of the movement. 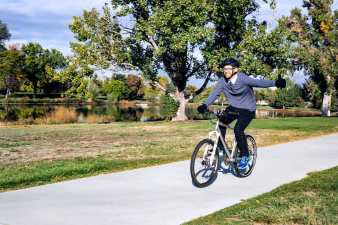 Becoming the biking advocate I am now began with Streetsblog Denver.